There once was a land where darkness had teeth in its maw, and claws on its paws. People died and kings were consumed with no recourse, for as you know you cannot fight an enemy that you can't even see.

So began the tale of the lonely traveler obsessed with being enshrined in story and legend. So forged was the tale of the princess who saw light in a blighted land. So ended the tale of the hollow king, consumed by hopelessness and fear of the dark.

The Hero Poet, the Warrior Princess, and the Broken King all sought to drive the living darkness from the land, served by the mysterious jewel that was the Cresset.

It turns out that we are afraid of the night for good reason. 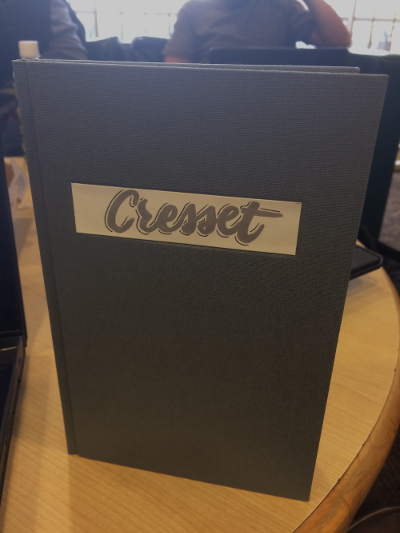